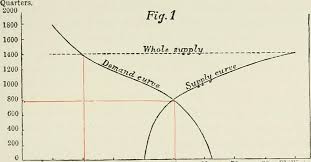 price rise and common man-India-essay class 10,12thIntroduction Price rise in India is burning topic. Men andmen, rich and poor, all alike talk of rising prices. And on all occasionsbey talk of it. Prices have been rising for many years, But prices rosssuddenly sky-high immediately after 1964 when Pt. Jawaharlal Nehrudied. The steep rise in prices has affected different people differently.
The price rises farmers’ grain: The greatest, the rise has been in the price of grain or cereals. A mall section of Indian farmers produces grains fairly inexcess of their own requirements. They have gained by the price rise.But those without surplus production are suffering from this price riseThe producers of vegetables, fruits or other cash crops have also beengainers.
The businessmen As a rule businessmen seldom lose by the rise inprices, When prices rise they make a higher profit. It is in their ownhands to raise the prices of articles produced or sold by themShopkeepers with good and quick sales hardly feel any adverse effect ofprice rises. Many articles of merchandise are in far greater demand nowthat before.

The other people The worst sufferers of the rising prices arethe people with fixed income. They find themselves helpless to meet thechallenge of rising prices. There has been a considerable rise in the waysof skilled and unskilled workers, Salaries, dearness allowances and other allowances of all salaried people have been increased. But this rise is never in proportion to the rise in prices, Consequently, people in service is hit hard by the price rise.
Conclusion To let prices rise force is to play with fire. It has given birth to discontent and strikes. To raise wages, salaries and allowances is no remedy, What is needed is that the prices should be checked from going, higher.  In other words, the price line has to be firmly held and without. If it is not done, one shudders to think what will happen to the country
blogspot/XcIPr
Please follow and like us:

Advantages and Disadvantages of filp Mobile

Fema flood and Causes of disaster and Operation flood (1)

We love WordPress and we are here to provide you with professional looking WordPress themes so that you can take your website one step ahead. We focus on simplicity, elegant design and clean code.

my hobby essay in english for 10th class